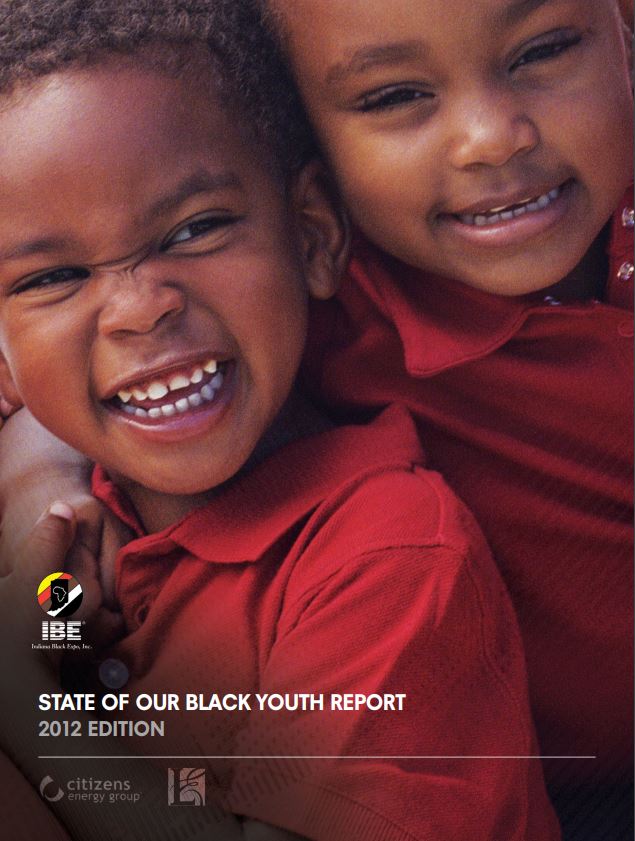 In a press conference on December 4, 2012, IBE’s Vice President of Communications, Vernon Williams, said, “The huge difference between this [report] and the previous two is that this is not simply for informational purposes. This one will be for both informational purposes and to serve as a game plan.”

The 2012 SOBY report includes 236 pages of statistical analysis and narrative on the well-being of African American youth in Indiana. The Polis Center and Engaging Solutions LLC, both contracted to develop the report, collected and analyzed more than 80 indicators from state and federal data providers, including significant resources from the SAVI database.

The data and analysis revealed both promising improvements and continued disparities. Some indicators are trending better for Black youth. For instance, Indiana’s Black teen birth rate decreased 9.1% between 2004 and 2009. Education indicators are improving, too. In the past five years, the number of Black third graders passing the English and Math ISTEP tests increased 21.2% and 14.7% respectively, and Indiana has seen an 18.1% increase in Black graduates receiving Core 40 and Core 40 Academic Honors diplomas.

On the other hand, several indicators are trending worse. There has been an increase, for example, in Black families headed by single mothers. And we’ve also seen an increase in Black youth living in poverty, Black infant deaths, and the obesity rate for Black youth.

Despite the mixed results of the report’s key findings, Indiana Black Expo is optimistic about the information provided in the SOBY report. It plans to use the report’s data as the basis of its 2013 strategic planning effort to advocate for public policies, programs, and initiatives to improve the condition of Indiana’s Black youth.

Read the 2012 State of Our Black Youth Report