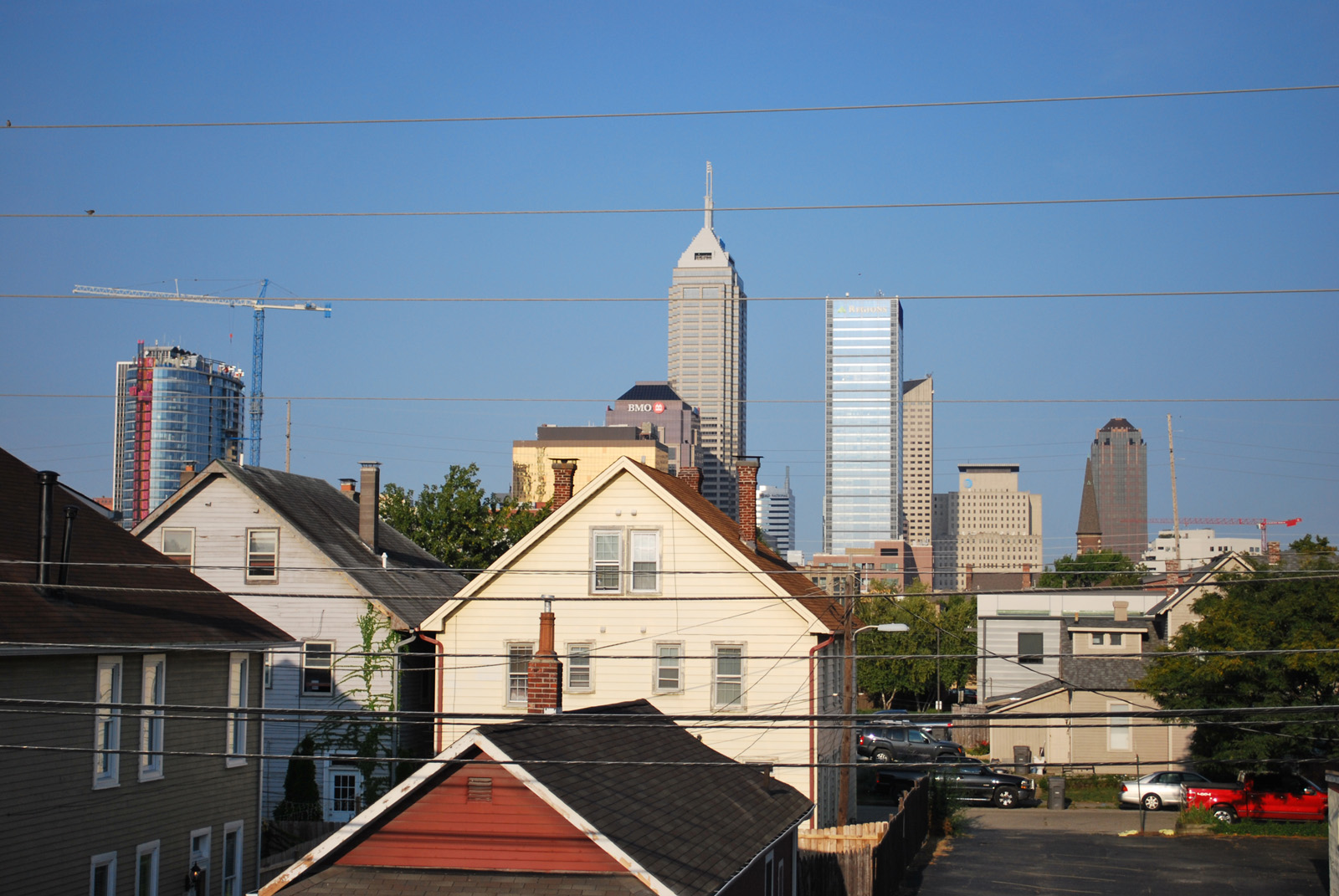 Last week, the US Census Bureau released the 2012 poverty rates for all counties across the nation.  While the data show there was no significant change in the poverty rate since 2011, we cannot lose sight of the fact that the rate has nearly doubled over the past decade in Marion County.  And its impacts are far reaching.  Poverty disproportionately effects some demographics more than others, and as a community, we must consider the implications of those disparities on service delivery and planning.

Our new Trends in Poverty report digs into the 2012 poverty data to explore the disparities that exist in Marion County by age, race, gender, education levels, and neighborhoods – and how that has changed since 2000.

Below are 5 key findings about Marion County, Indiana from the report:

1. The poverty rate is increasing faster in Marion County than in the US and Indiana.

In 2000, the poverty rate in Marion County was behind the US rate, now it is 5.5 percentage points above it.  Poverty is increasing for all education levels, even those with a college degree.

2. At 4 out of 10 in poverty, Hispanics are much more affected by poverty than Non-Hispanics, and the situation is worsening.

The poverty rate for Hispanics doubled from 20% in 2000 to 42% in 2012.  At 3 out of 10 in poverty, African Americans in Marion County also are disproportionately affected by poverty.

4. Poverty differences by neighborhood are extreme.

5. Education is key.  Getting a high school diploma cuts your chance of being in poverty by half.

The Poverty rate for people with no high school diploma is 37%, but with a diploma it drops to 17% and further drops to 5.6% with a bachelor’s degree.

Poverty often is used as a measure of a community’s economic health.  SAVI uses the poverty data to help nonprofits be more strategic and effective in planning their services.  The poverty rates helps nonprofits target services where the need is greatest – both geographically and demographically.  Nonprofits want to know, where can we make the biggest difference?

By focusing on the neighborhoods that are hardest hit by poverty and that have the greatest lack of existing services, nonprofits can ensure their efforts will make the biggest impact.

SAVI used the poverty data as the foundation of its analysis, along with other variables, when Marion County Commission on Youth sought to find the best place to locate a one-stop-shop of social services to help prevent children in a high-needs neighborhood from entering the juvenile and welfare systems.  Read MCCOY’s story here.

Understanding which demographics are most effected by poverty helps nonprofits understand the implications on their services.  For example, the fact that the poverty rate for Hispanics in Marion County has doubled since 2000 combined with the fact that the Hispanic population in general is increasing, is forcing nonprofits to adapt quickly to the changing needs that are unique to this population, such as the need for Spanish-speaking staff.

And by the way…

If you want to be a part of the solution and help design strategies to address issues related to poverty, then join us at the Governor’s Conference on Service and Nonprofit Capacity Building Oct. 3 at the Westin for capacity building workshops to learn how to target your resources and Oct. 4 for a state-wide Human Needs Summit to develop strategies to address the issues of education, health, housing, and hunger.  Registration ends Friday, September 27!