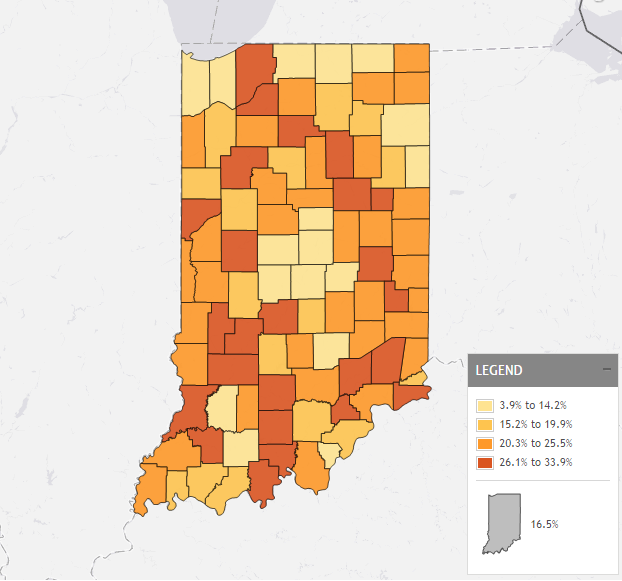 Percent of Mothers Who Reported Smoking During Pregnancy

14.2% of mothers reported smoking during pregnancy in Marion County in 2012. The county in Indiana reporting the highest percentage was Switzerland County at 33.9%, and the county reporting the lowest was Hamilton County at 3.9%. Take a look at this map created by KIDS COUNT that shows the geographic distribution of mothers who smoked while pregnant.

Mothers Who Reported Smoking During Pregnancy (2012)

Using SAVI, you can dive into these data even more. 2013 birth data is now available on the SAVI website, allowing you to explore changes and patterns at a small geographic area within Marion County. These data date back to 2003. Here are time series charts showing the slight decrease in the percentage of births where mother smoked during pregnancy in the majority of school corporations in Marion County. 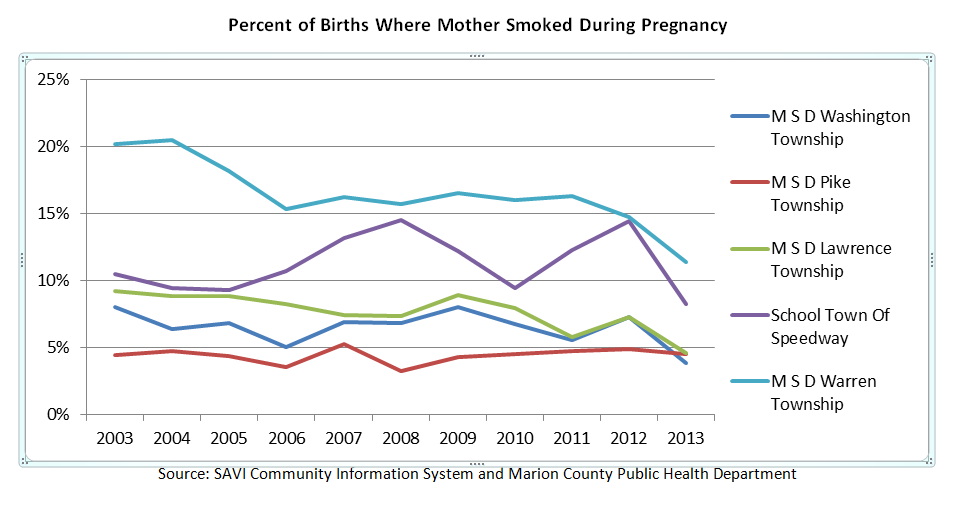 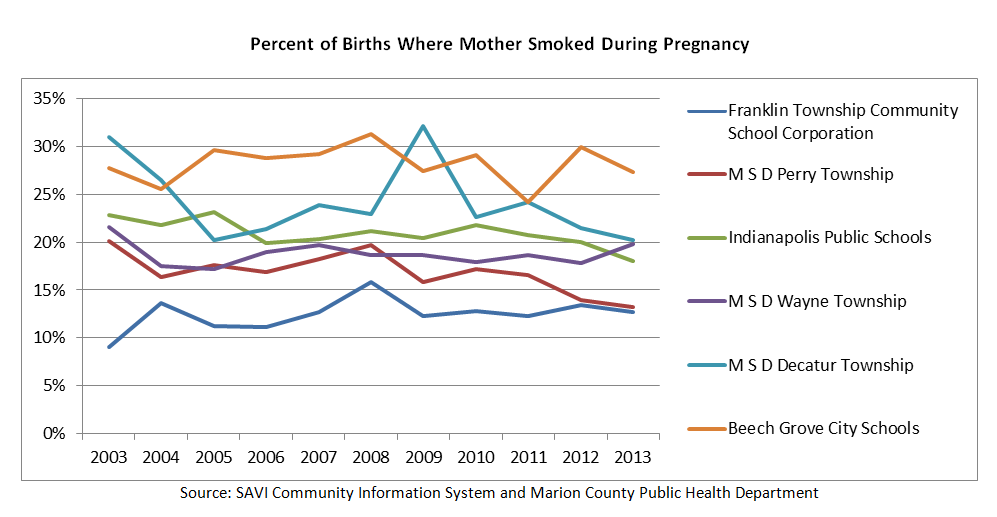