Reported Domestic Violence Victims Declining, but Most Cases Are Dropped or Dismissed 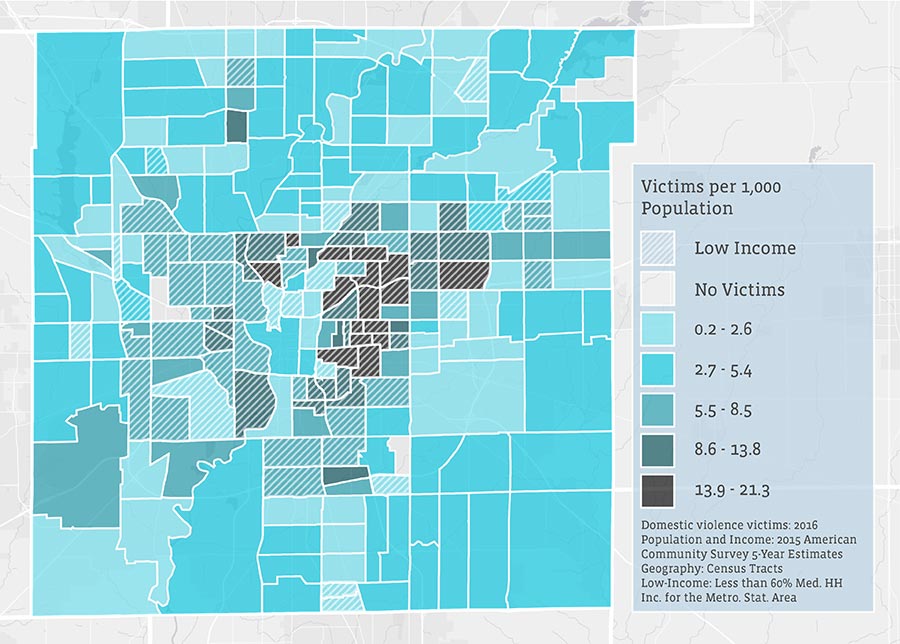 The number of victims reported in these records has fallen from 14,819 in 2009 to 10,797 in 2016, while the number of perpetrators rose slightly from 10,212 to 10,362. This analysis only includes domestic violence incidents that get reported to the police. Many incidents go unreported, and would not be captured in this data.

Most Domestic Violence Cases Are Dismissed or Have Charges Dropped

Of the 35,570 cases of domestic violence that the Marion County Prosecutors Office saw between 2009 and 2015, 10,649 had a verdict. In the bulk of cases, charges were dropped or cases were dismissed. For those cases that remain, nearly all result in a conviction. 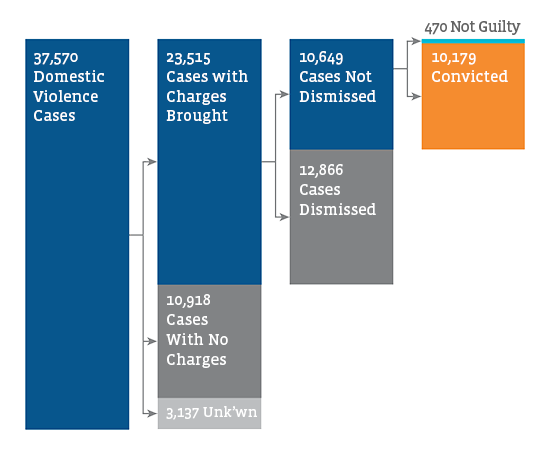 Nearly 11,000 cases had charges dropped between 2009 and 2015, mostly because of insufficient evidence. Nearly 13,000 cases were dismissed, a total of 63,000 separate charges. (One case can have many charges.) One-third of dismissed charges were dismissed for reasons related to problems locating a victim/witness or getting a victim/witness to testify. In domestic violence cases, often the victim is the only witness, and fear or other pressures can hinder that individual from testifying.

The areas with the highest rates of domestic violence victims are mostly within Center Township, though victims live across Marion County. In the map below, hash marks indicate census tracts with median income below 60% of Area Median Income (the typical income for the Indy metro area, which was $69,900 in 2017). Low-income tracts appear to align with high domestic violence rates, but not exclusively. There are pockets of medium and high domestic violence rates outside of low-income areas, such as Decatur Township and northwest along Michigan Road.