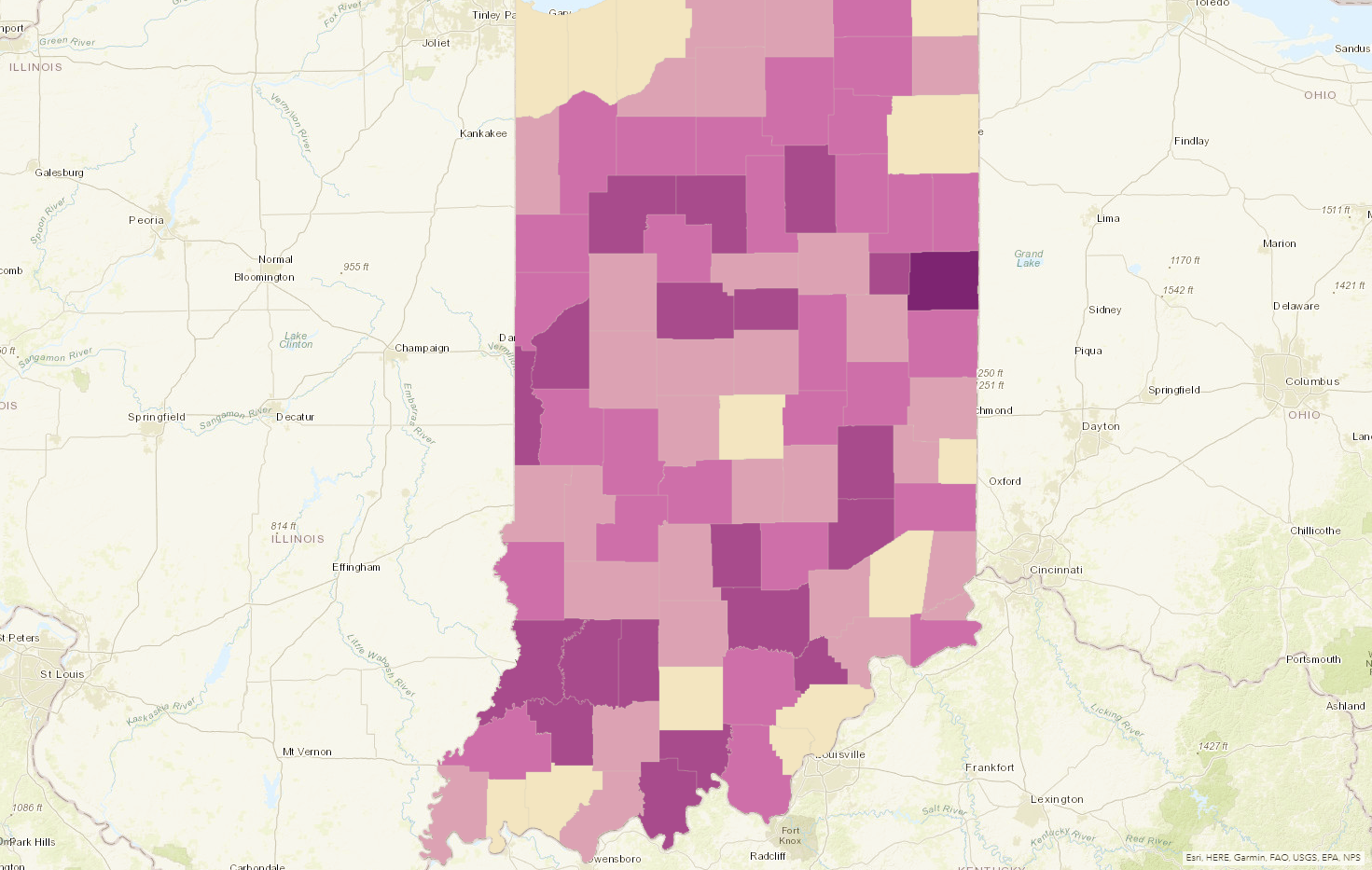 Across the state, over 870,000 thousand people cast ballots in Indiana’s 2018 primary election, according to the Secretary of State’s Office. This mean about a fifth of voters turned out for the midterm, which is an increase over the last midterm primary and a return to typical turnout seen since 2000. The highest turnout was in Jay County (57 percent), followed by Crawford County (37 percent). Vanderburgh County had the lowest turnout. Only 1 in 10 register voter cast a ballot. On average, Indiana counties experienced a 24% voter turnout.

Voter turnout increased 46 percent compared to the 2014 midterm primary, however, it is slightly below the average turnout of the other three midterm elections since 2000. The 2014 midterm primary had exceptionally low turnout, but the last election was a return to typical turnout levels.

Voter Turnout by Type of Election

Absentee Ballots on the Rise

Absentee Ballots Have Increased as a Share of Total Votes

Pct. of Indiana’s Votes Cast as Absentee by Year