For a discussion of how we calculate income diversity and the policy implications of mixed-income neighborhoods, see this article. In short, we measured income diversity as the probability that, if you select two individuals from a neighborhood, they will be from different income groups. This results in a 0-100 scale, where zero is the lowest possible income diversity and 100 means residents are divided equally among all income categories. The typical tract in the region scored 61.

Researchers generally agree that mixed-income neighborhoods can have advantages for low-income residents in the form of place-based improvements, like better schools, safer neighborhoods, well-maintained infrastructure. But there is not much evidence for positive effects from low-income residents interacting with people from other socioeconomic classes. This study from the Urban Institute is a good introduction to the issue.

Change in income diversity between 2011 and 2016, by census tract

Often, neighborhoods with increasing income diversity are adjacent to neighborhoods with decreasing income diversity. The overall amount of change (regardless of increase or decrease) tends to be concentrated in Indianapolis, especially the east, west, and north areas of the city. Parts of other towns and cities throughout the region have also experienced rapid change, such as Shelbyville, Anderson, Zionsville, Carmel and Noblesville. Rural areas that experienced rapid change include northwest Hancock County and northern Madison County.

These five areas have seen the largest increase in income diversity. 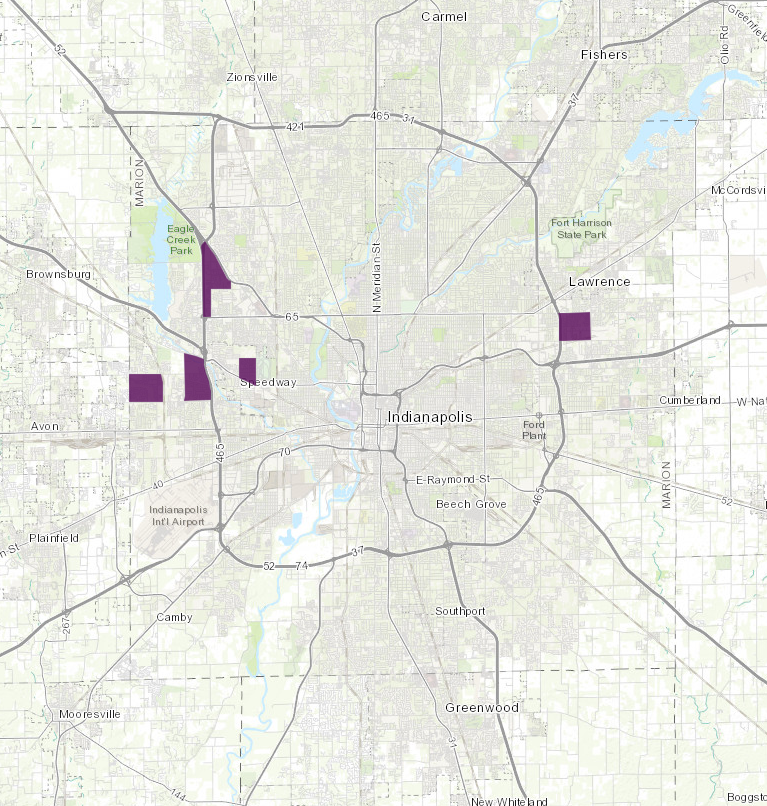 These five areas have seen the largest descrease in income diversity. 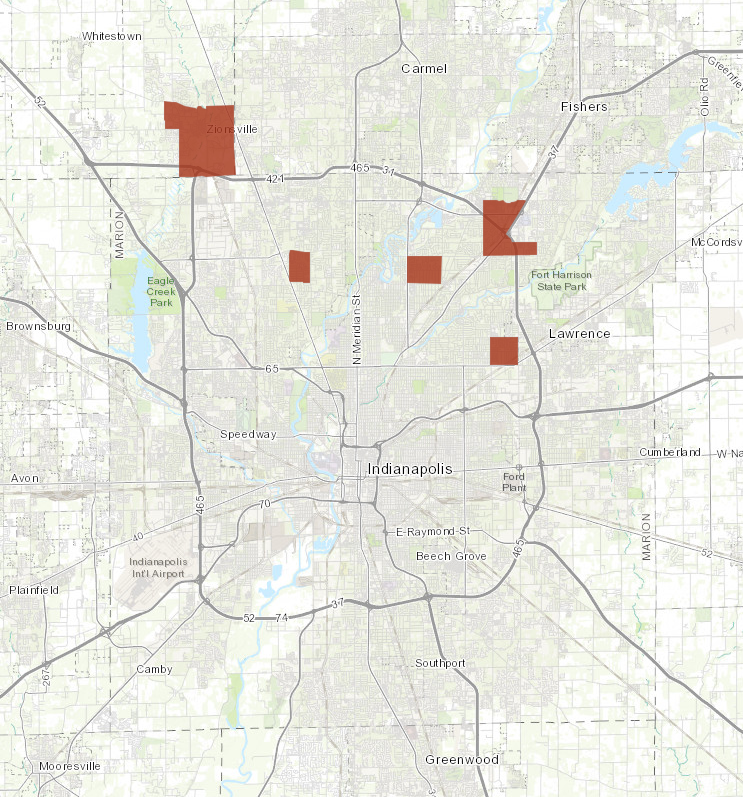 All five of the neighborhoods with the steepest decline in income diversity are in northern Marion County and southern Hamilton County, including portions of Lawrence, areas between 62nd Street and 82nd Street, and portions of Zionsville. The northeast corridor along I-70 had several tracts that experienced declining income diversity.

Farley, Near Ben Davis, Had Biggest Increase in Income Diversity

The neighborhood just east of Ben Davis High School was one of the least mixed-income in the region in 2011, with a score of 39 out of 100. Almost 4 in 10 households were from one income group, earning $50,000-$75,000. This tract was an example of very concentrated middle class households, without many other income categories well-represented. In fact, only a third of households fell outside the $35,000-$100,000 income range.

In Farley, Growth in Upper and Lower Incomes Increased Diversity