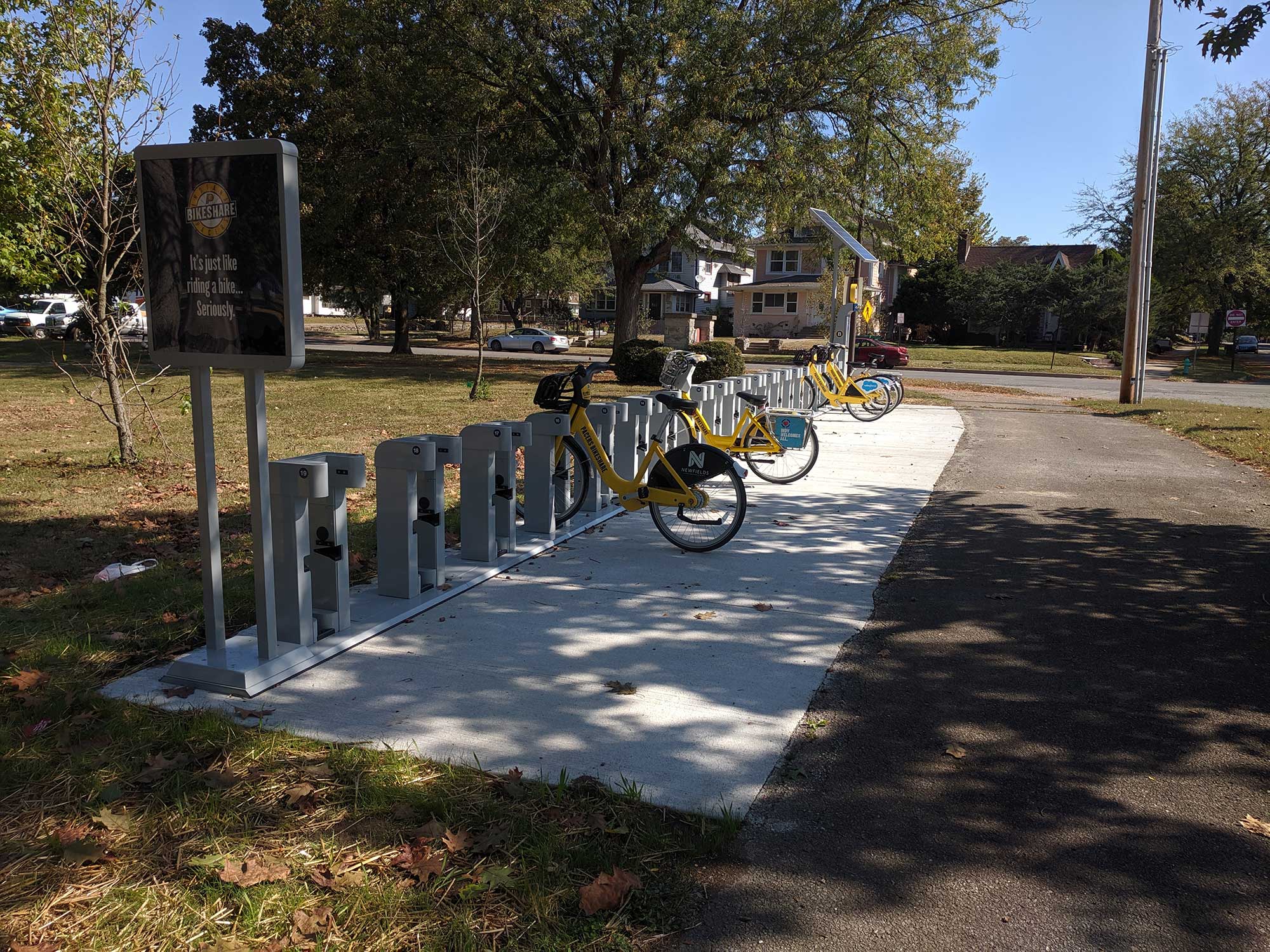 In August, Pacers Bikeshare expanded, adding 275 new bikes and 21 new bikeshare stations, bringing the total to 50 stations across the city. The expansion was funded by a Federal Congestion and Air Quality Mitigation grant for $1.2 million as well as a local match from the Herbert Simon Foundation and the Anthem Blue Cross and Blue Shield Foundation.

Stations and accessible trails, before expansion and after expansion

To answer this question, we looked at new and old Pacers Bikeshare station locations and their proximity to bike trails. Pre-expansion, roughly 10 miles of bike trails were accessible by Pacer Bikes, the majority being the 8 mile Indianapolis Cultural Trail. We defined accessibility as a rider being able to cycle from one bikeshare station to another along the trail. A bikeshare user could ride a Pacers bike north and south along the Monon trail pre-expansion, but the rider would eventually need to return the bike along the Cultural Trail due to the lack of stations north of 10th Street. This may not be an issue for someone simply riding for leisure and exploration, but can be an annoyance for someone wanting to complete a simple A to B location trip.

Post-expansion, the 21 new bikeshare stations provide access to an additional 24 miles of bike trails, bringing the previous total of 10 miles up to 34 miles of accessible trails. In other words, the expansion more than tripled the amount of bikeshare-accessible trails throughout Indianapolis. The bulk of this increase comes from five main bikeways: the Monon Trail, the White River Trail, the Fall Creek Parkway trail, the Central Canal trail, and Shelby Street south of Fountain Square. While the main focus of this expansion was on bike trails, a station was added on East Michigan Street as well, providing access to the protected bike lane running into downtown.

Some new bike routes outside of downtown provide riders with connections to the Red Line. For example, one could take the Red Line from downtown to Broad Ripple, but then use a Pacers bike for the return trip.  The table above features some of these new routes and their potential costs depending on travel time. Travel time was calculated from Google Maps.

By creating new stations near existing bike facilities, Indy’s bikeshare now offers access to a third of the city’s over 100 miles of bike trails. This is a great step in creating a bikeshare system with broad access and high usage.