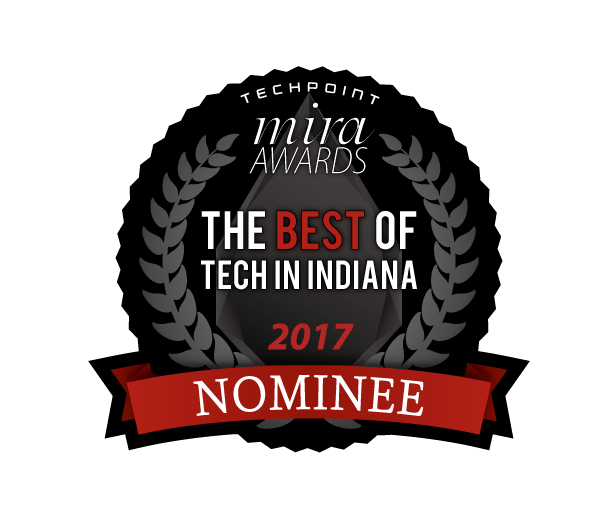 18th Annual Event Honors ‘the best of tech in Indiana’

IndyVitals–a digital neighborhood monitoring tool developed by The Polis Center at IUPUI in partnership with the Greater Indianapolis Progress Committee (GIPC) and the City of Indianapolis Department of Metropolitan Development–has been nominated as Innovation of the Year for the 18th annual TechPoint Mira Awards presented by Angie’s List, Genesys, and Salesforce.

The Innovation of the Year Award category recognizes scientific achievements, the results of R&D efforts, and other trailblazing, market-disrupting new technologies. In particular, the technology-based innovations must have achieved a significant development milestone in 2016 and must have been primarily developed in Indiana.

TechPoint, the growth initiative for Indiana’s technology ecosystem, produces the Mira Awards each year to honor the most innovative and successful technologies and technology companies in Indiana, as well as entrepreneurs and educators. Nominees were selected by 50 independent subject matter experts who evaluated and ranked the applications. Winners will be announced during the annual Mira Awards gala at The Westin Indianapolis on April 29, 2017.

The Polis Center at IUPUI, applied for the TechPoint Mira Award Innovation of the Year category because the tool is proving to be a very useful solution for organizations from multiple sectors trying to make Indianapolis a great place to live and work. Based on the SAVI community information system, IndyVitals was created to address the challenge that various organizations have encountered in telling a common story about a particular Indianapolis neighborhood and making meaningful comparisons. Each entity sees a different version about a neighborhood from its perspective, which impacts the effectiveness of varied efforts to transform negative conditions into positive ones.

The true power of IndyVitals is its ability to coordinate actions of community partners through data. This consequently aligns diverse planning partners toward a common goal and better organizes municipal government using common “building blocks” of neighborhood geographies. The tool puts everyone on the same page, puts the data in a common framework, and simplifies access, revealing the areas of critical need and opportunity to guide more successful endeavors to develop and improve these communities.

For organizations involved in quality-of-life, social services, and economic development programming, the tool provides a common geographical approach that tells a single story. Innovation is also demonstrated by how viewers use the resulting data. The data that informs neighborhood vital indicators prompts new ways of thinking about how to solve some complex challenges, resulting in greater synergy in making Indianapolis a great place to live and work. For information on IndyVitals, visit its Nominee Page (https://bit.ly/2m0P0WE). We also encourage you to publicly vote for and share it. IndyVitals tool access is available at www.indyvitals.org.

“In just over a decade, Indiana has seen more than $6.5 billion in acquisitions and IPOs from our tech community. More recently, in 2016, two-thirds of all the venture capital dollars and three-quarters of all the deals raised in Indiana went to tech companies,” said TechPoint President and CEO Mike Langellier. “The Mira Awards exist to celebrate our state’s tremendous tech success stories and amplify them to media, investors and technology buyers nationwide.”

A complete list of the 2017 TechPoint Mira Awards nominees is available at www.techpoint.org/mira.