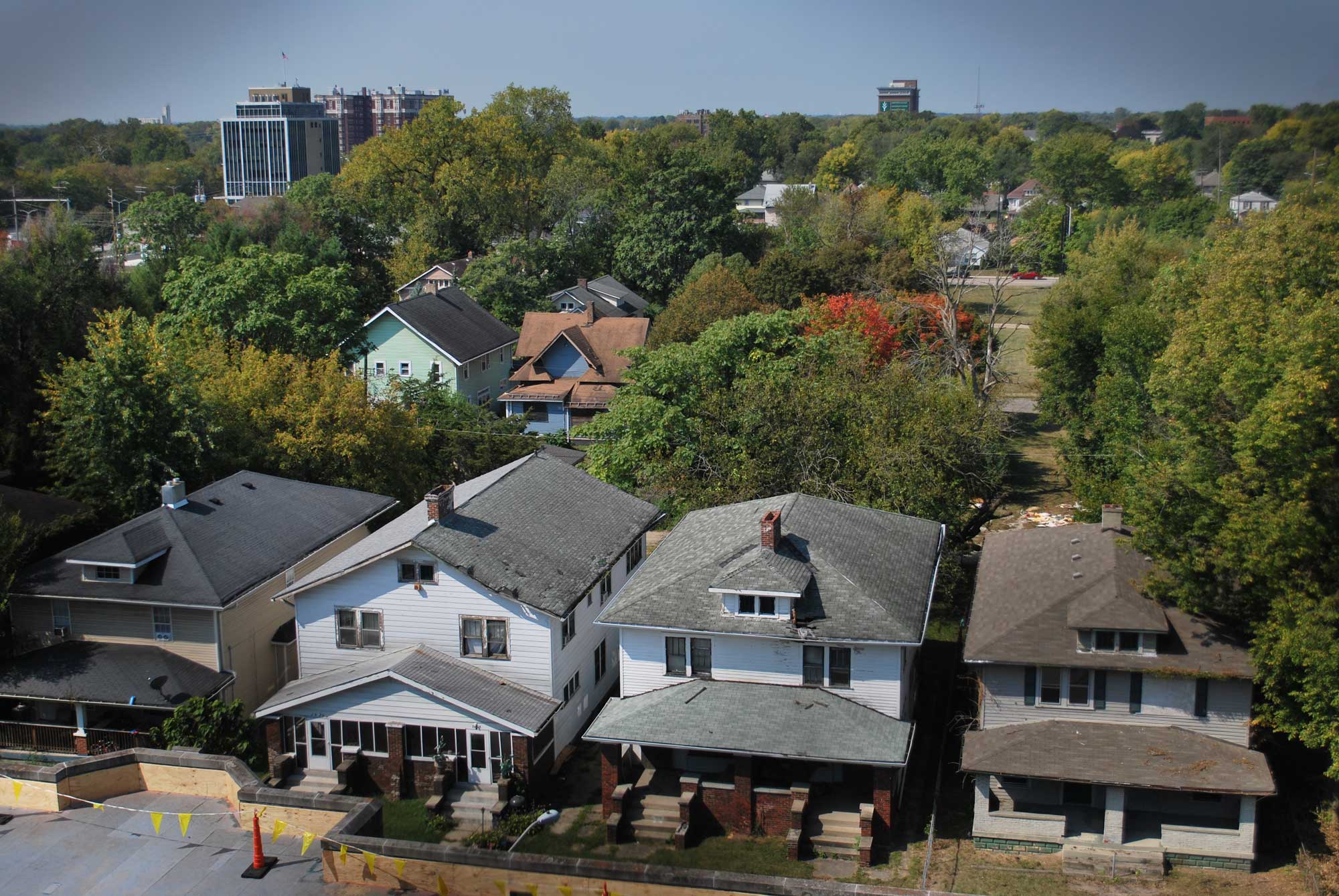 In “One City, Worlds Apart,” IBJ aims to illustrate the problem of inequality by focusing on how it shapes one particular city. 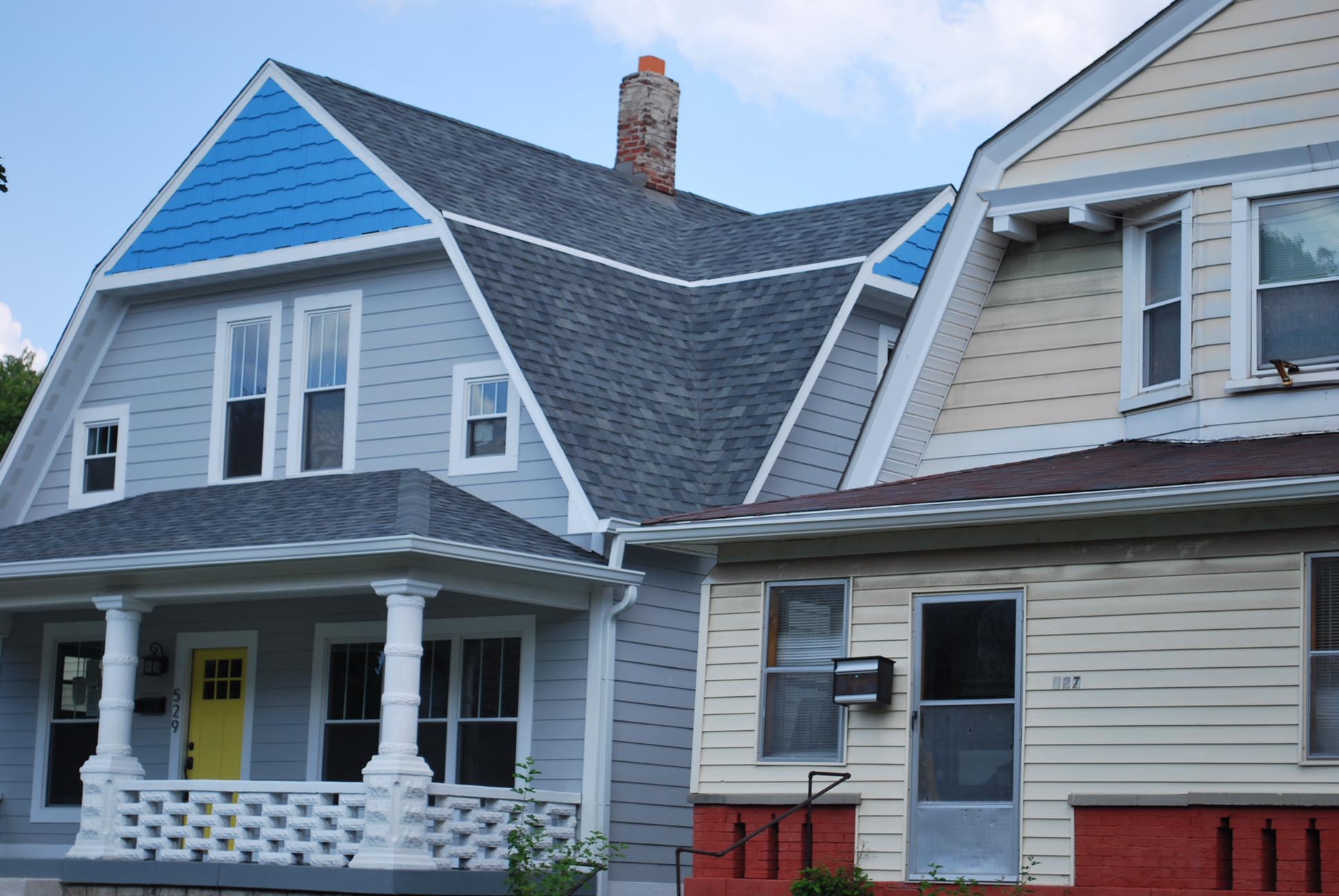 Economic inequality is a major theme of U.S. politics right now, but it’s often talked about in abstract, big-picture terms—for example, by citing data about how much of the nation’s wealth goes to the top one percent of households.

Hayleigh Colombo, a writer for the Indianapolis Business Journal, wanted to know how inequality impacts a specific place and plays out in the lives of actual people. She wanted to put flesh on the bones of the abstractions.

“We were writing about inequality a lot and didn’t realize it—until we did,” Colombo says. “We would write about a tech startup hiring people, or a new development on Mass Ave., one day. Then, the next day, we’d write about a report saying that poverty and food insecurity have increased. So that got us to thinking, ‘Wait, this is the story.’ It was right under our nose.”

That was the origin of IBJ’s series of articles focusing on inequality in Indianapolis, titled “One City, Worlds Apart.” It began in May 2018 and is continuing throughout 2019. In 2019, the series received an international journalism award from the Society for Advancing Business Editing and Writing.

Using SAVI, Colombo and the IBJ team visualized the stark differences between two Indianapolis ZIP codes—one containing some of the city’s wealthiest neighborhoods, the other containing some of its poorest. There is a nine year difference in life expectancy between the two neighborhoods. In the low-income ZIP code, incomes have fallen 13 percent since 2000. In the high-income ZIP code, they have risen 21 percent. The team also used SAVI data to build an interactive map displaying important indicators for all Indianapolis ZIP codes.

“You see opportunities for people to have great jobs in Indianapolis. But those jobs are not helping people on the lower or middle economic rungs. They’re creating more wealth for upper-middle class folks. So, it’s creating two realities.”

Colombo says that Indianapolis offers a great opportunity for a deep dive into inequality because it tells the nation’s story in microcosm—and because SAVI is a rich resource for understanding the scope and depth of the problem here.

“You had the manufacturing base that supported the economy for so long,” she says, “and then automation and offshoring started to happen, and the economy changed and displaced a lot of people, and replaced manufacturing jobs with lower-paid service jobs. And you see that playing out almost perfectly in Indianapolis. It’s contributed to a lot of our distressed neighborhoods.

“And then, on the other side, you see opportunities for people to have great jobs in Indianapolis. But those jobs are not helping people on the lower or middle economic rungs. They’re creating more wealth for upper-middle class folks. So, it’s creating two realities.”

Colombo notes that the impact of journalism isn’t always obvious in the near term, and that’s the case with her work on inequality. But putting the problem front and center can lay the groundwork for long-term solutions.

The series “has definitely led to a lot of conversations in the community,” she says. “It seems like local politicians, leaders, and groups are starting to feel like they should have an answer to this question. And while I don’t think those answers have been clearly articulated, I do know that there’s work being done behind the scenes. And that folks are partnering to do something about it.”