Polis launches a reinvented, digital version of the innovative Encyclopedia of Indianapolis 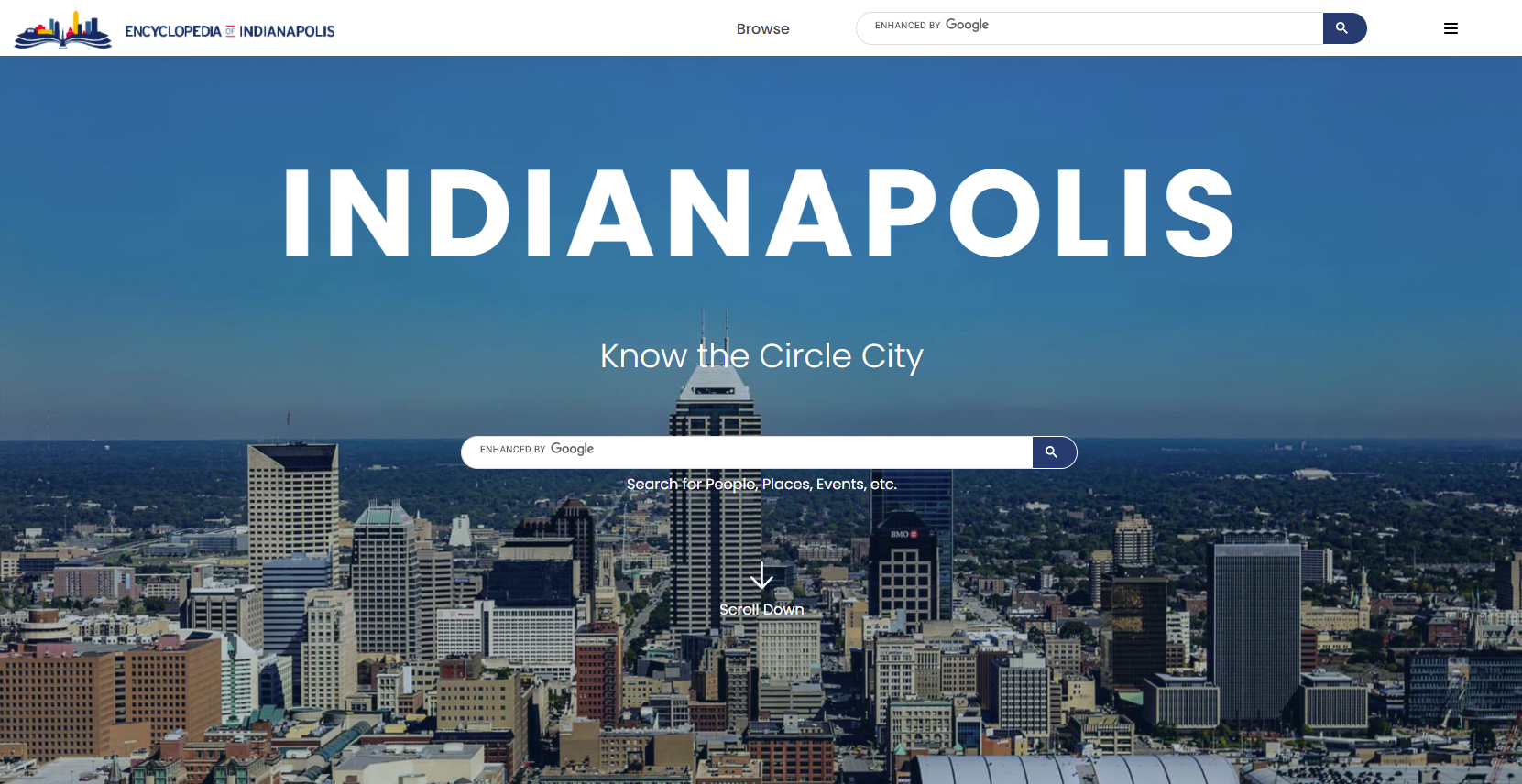 Polis launches a reinvented, digital version of the innovative Encyclopedia of Indianapolis

The Polis Center’s groundbreaking print version of the Encyclopedia of Indianapolis—published nearly three decades ago—needed to be reimagined and updated for a new era.

As the lead partner of a collaborative effort, the Center created a digital encyclopedia that pulls together the resources of cultural institutions and SAVI, brings the work into the twenty-first century, and gives it a long-term home. 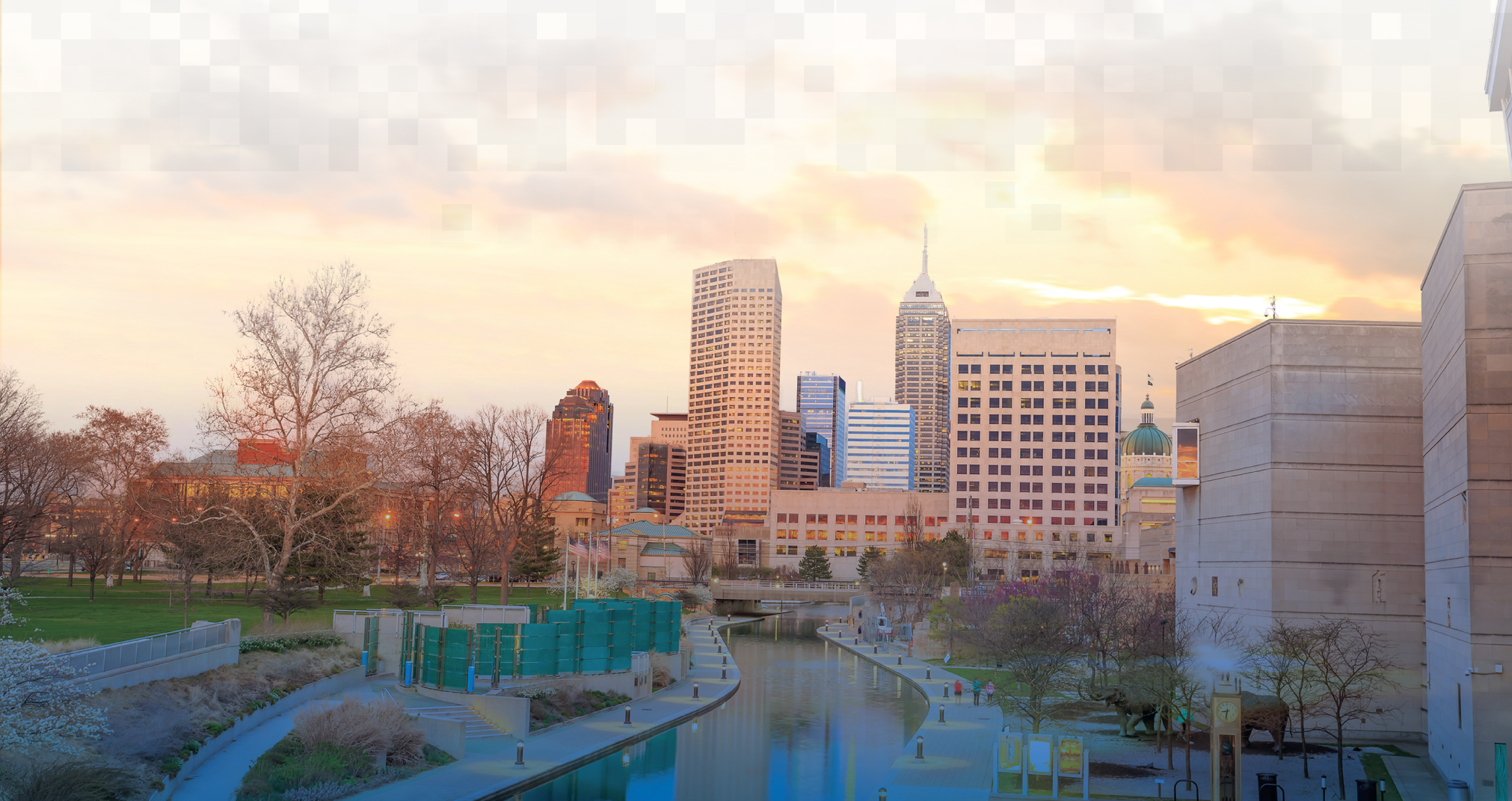 In 1994, the Polis Center published the Encyclopedia of Indianapolis, a groundbreaking volume that became a model for cities nationwide. Three decades later, Polis is the lead partner in creating a version of the Encyclopedia that has been thoroughly updated, expanded, digitized—and reimagined.

The digital Encyclopedia, which launched in November 2021, advances the Center’s tradition of innovation on multiple levels, including the technology it leverages, the scope and richness of its content, and the collaborations it fosters.

The digital Encyclopedia uses a “federated” model—meaning that instead of centralizing the data in a single site, it pulls in content from a wide variety of partners, such as museums, libraries, and universities.

An entry about a local neighborhood, for example, might include a brief narrative written by a community member, community indicators drawn from the SAVI community information system, historic images from a museum’s collection, and oral histories from a university research project featuring reflections on the area’s past. These graphic and audio elements—known as “rich content”—are housed in the servers of partnering institutions.

“If you’re on the website and see rich content, that is drawn directly from their holdings,” says Sharon Kandris, the Center’s interim executive director. Clicking on an image drawn from the Indiana Historical Society’s (IHS) holdings, for example, takes the user to the IHS site and the original source of the material. Statistical data describing a neighborhood’s residents and housing stock is drawn directly from SAVI to provide a more comprehensive understanding of the neighborhood. When SAVI’s data are updated, the data displayed in the encyclopedia is automatically refreshed so a visitor always accesses the most recent content.”

This decentralized, collaborative approach is important for several reasons. Most notably, it helps ensure that information is as up to date as possible. It also drives traffic to the websites of the partners in the project—which include the IHS, the Indianapolis Public Library, the Indiana State Library and Historical Bureau, and a range of other local institutions.

“Because we’re not storing the images and documents in any way—we’re simply drawing on them as needed—we can redirect the user back to those institutions,” says David Bodenhamer, the Polis Center’s former executive director and the Encyclopedia’s editor.

The Encyclopedia also enriches the experience of people and organizations using SAVI to discover data about their community. When viewing a neighborhood in a SAVI tool, users now see historical and cultural information drawn from entries in the Encyclopedia. This information is shown alongside indicators about demographics and community conditions. Connecting SAVI data to encyclopedia content is an innovative element for a digital product like this urban encyclopedia, an exemplary model of what advanced geospatial technology can accomplish to provide more meaningful community information.

The Center considered creating a digital Encyclopedia in the early 1990s. But the internet was in its infancy then, and it was impractical to digitize a volume of that size and complexity with the available tools.

The celebration of the Indianapolis bicentennial in 2021—along with some big advances in the tech—gave the Center an opportunity to revisit the idea. Grants from several major donors—including Lilly Endowment Inc., Clowes Charitable Foundation, and the Indianapolis Foundation—made it possible.

Although the Polis Center will continue contributing to its development, the digital Encyclopedia’s permanent home will be the Indianapolis Public Library, which holds the copyright to the material in trust as a public resource. The Encyclopedia’s editorial team, which is now part of the library’s staff, will continue to add and edit entries on a regular basis.

Roughly 500 of the entries in the digital Encyclopedia are new. About 200 more will be added annually. About 70 percent of the entries from the 1994 Encyclopedia required updating and/or extensive additions and rewriting—both to incorporate new material and to acknowledge shifts in the political and cultural climate since the mid-1990s.

Material on race relations and officer-involved shootings, for example, was added to the entry on the Indianapolis Metropolitan Police Department—reflecting the rise of antiracism initiatives and the Black Lives Matter movement over the past decade.

In addition to traditional encyclopedia entries, the digital Encyclopedia has several special sections that will be built out over the coming decades. For example, there is a timeline section, with pages devoted to COVID-19, Black Lives Matter, and IUPUI. There are also sections with summaries of local organizations and publications about Indianapolis; an Atlas section, with maps and data devoted to themes like the economy, local utilities, and land use; a Features section, with deep dives into noteworthy places and monuments around the city; and various other special sections.

All these elements work together for a unified purpose. From its origins in the early 1990s to its new, digital format, the Encyclopedia has combined innovation with an ancient truth: Building a better city depends on understanding who we are and what we have been.

“The central question from very early in this process was, ‘What does the average resident of Indianapolis need to know to become a more effective citizen?’” Bodenhamer says. “There are a number of entries that go to how the city works. How does it work as a government? As a set of utilities? What is the role of charter schools in our system?

“All of that is immediately relevant to the issues. So, the goal was not to produce an encyclopedia that spent its time in the 19th century. The goal was to think about: What do citizens need to know today to become more effective residents of this place?”