Where Does Creating a Healthy Community Start? 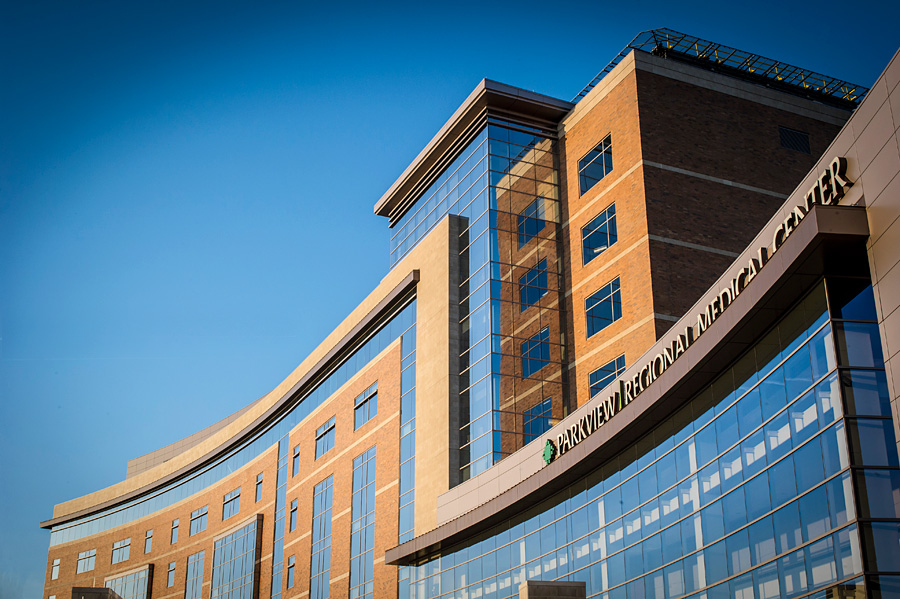 This year, Parkview Regional Medical Center in Fort Wayne will open a 2,000 square-foot greenhouse that the community can use for growing fruits and vegetables. The greenhouse facility will house a “learning kitchen” and meeting space near a home for seniors and an early childhood education center.

The Parkview Regional Medical Center is part of Parkview Health, a not-for-profit health system in northeast Indiana that consists of nine hospitals serving about 800,000 people across seven counties. Its new greenhouse will address the problem of obesity by encouraging a culture of healthy eating. A wide range of community
groups in Fort Wayne have expressed interest in partnering on it.

Parkview Health is targeting obesity based on a community health needs assessment (CHNA) that it released this
past December. As part of the assessment process, input was gathered from the community about their top community health concerns. Public health data was collected to understand the size and seriousness of identified health problems. Obesity ranked highest among several community health challenges.

The Affordable Care Act of 2010 mandated that hospitals produce a CHNA every three years, but Parkview has been producing them for more than a decade.

The assessments “help us identify the community’s priorities,” says Sue Ehinger, the Chief Experience Officer with Parkview Health. “And then, we can partner with people in the community in order to close the gaps on those issues.”

To create its 2016 CHNA, Parkview Health collaborated with The Polis Center and Indiana University’s Richard M. Fairbanks School of Public Health, acting
collaboratively as the Indiana Partnership for Healthy Communities (IN-PHC). The mission of IN-PHC is to make the knowledge generated by communities and
academic institutions more accessible to the public, and to translate that knowledge into practices that improve public health. It was founded in 2012 with the support of the Indiana Clinical and Translational Science Institute.

According to Karen Frederickson Comer, director of collaborative research and health geoinformatics at The Polis Center, the IN-PHC team used a variety of state and national sources to create a preliminary list of health needs in the counties that Parkview Health serves and used SAVI’s inventory of community assets to identify relevant community programs. Then, it gathered more detailed data about them by conducting phone surveys and organizing focus groups with people who live in the communities.

By analyzing hard data and incorporating community input, the team identified 13 major health issues in the region, including cancer, diabetes, the cost of healthcare, mental health, and sexually transmitted diseases. Next, it applied a method for ranking them that took into account the size of the problem, the seriousness of the problem, and the effectiveness of potential interventions.

Last summer, the IN-PHC team presented its findings to executives from each of the Parkview Health hospitals, who then voted on which health issues to prioritize. Obesity was easily their first choice, followed by mental health, maternal and child health, drug abuse, and diabetes. Each hospital in the Parkview Health system also selected its own top priorities.

The challenges identified by the CHNA are well known to health experts, but the process of creating a formal assessment is useful, according to Ehinger, because it “helps us to focus and funnel all our activities into what the community believes is most needed.”

The process is also valuable because it helps keep the issues in the public eye.

“It’s very easy for us, as humans, to keep our heads in the sand,” says Sarah Wiehe, director of the Community Health Engagement Program at the Indiana Clinical and Translational Sciences Institute. “These are very challenging problems to address. A lot of them are interrelated, and they don’t have a silver bullet answer. Having a place to start is extremely valuable. It starts the conversation within the health system, and between the health system and the community. And together, they identify ways in which they can intervene.”

The collaboration between Parkview and IN-PHC has now moved into a new phase, and The Polis Center is helping Parkview with implementing solutions. “We’ve asked them to walk through the solutions, and help us figure out: Are these indeed best practices?” Ehinger says. “Or, do we need to stop going in this direction and go a different route? They’ll help us solidify the direction that we’re going with all our solutions, and understand which measures we should
be focused on.”

“We’ll help them assess their chosen interventions,” says Comer, “to determine which are best practices and whether there’s a better way to measure their effectiveness. So, we’ll be doing literature reviews, looking at which programs are evidence based and which are not. For the ones that are not, we’ll look at how others have measured whether they have the desired impact.” Effectiveness is the most obvious metric to measure programs by, “but there are other dimensions to take into account,” Comer says. “For example, a program might be effective, but if it’s also extremely costly, it might become a lower priority than a program that’s very effective but less costly.”

Parkview’s commitment to cultivating partners both inside and outside the community—partners who can help them both identify and solve problems—is critical to the organization’s long-term success, according to Wiehe.

“By going through this process, they’re getting more than just a report at the end,” Wiehe says. “Now, they have partners who are invested in it. And, that spirit of partnership is notable.”