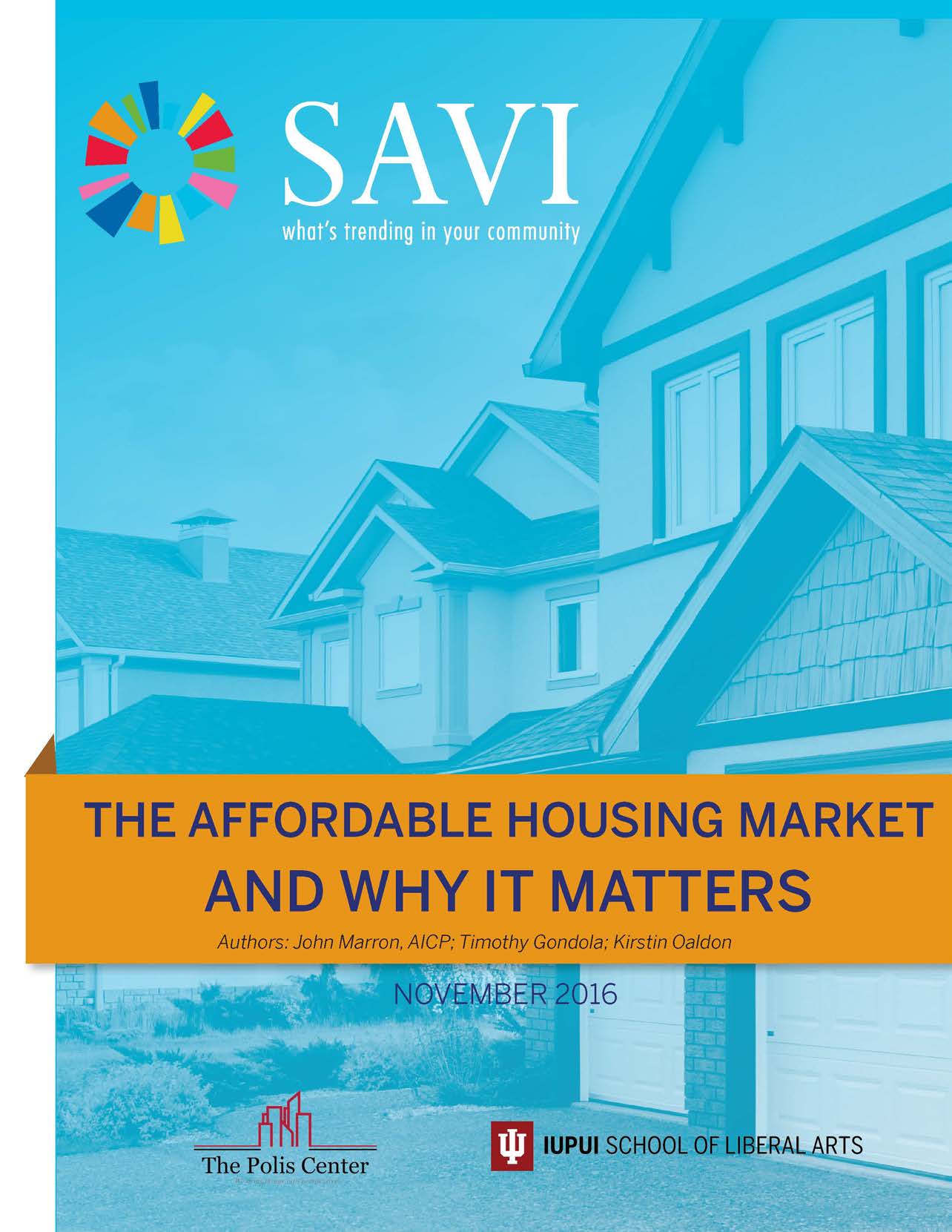 In this report, we define the terms, affordable housing and subsidized housing, and explore the drivers and interrelatedness of each. We also look at general policy challenges in creating adequate affordable housing and the reason why it is a relevant policy goal, especially for low-income families. In addition, we provide a brief examination of policy options for local governments and civic leaders who have an interest in local and regional housing policy. All of this discussion is placed alongside relevant data for Central Indiana, Marion County, and Indianapolis.